Head Referee - Catalin Popa. Catalin Popa began his career 15th May 2010. At the moment he is 39 years old. Accounting for yellow and red cards: Catalin Popa played 100 matches, noted 556 of yellow cards and 15 of red. 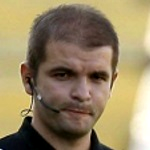