RSC Anderlecht Both teams scoring 8 of 10

RFC Seraing Both teams scoring 5 of 7

RFC Seraing First to concede 5 of 6

The match will take place at the stadium Lotto Park in the city Brussels, Belgium. Stadium capacity Lotto Park is 21 500 people. 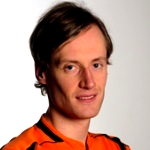