Burnley Both teams scoring 4 of 5

Newcastle United Both teams scoring 8 of 10

Newcastle United First to concede 4 of 5 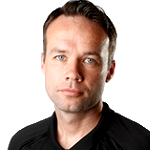