Norwich City First to concede 7 of 8

Norwich City First half loser 4 of 5

Everton Both teams scoring 6 of 6

Everton First to concede 8 of 8

Everton First half loser 6 of 8

The match will take place at the stadium Carrow Road in the city Norwich, England. Stadium capacity Carrow Road is 27 244 people. 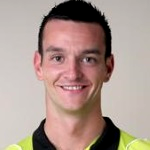