Espanyol Both teams scoring 10 of 10

Espanyol First half loser 4 of 5 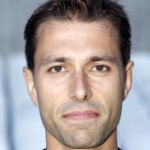