Southampton First to concede 6 of 7

Southampton First half loser 4 of 5

Crystal Palace First to score 5 of 6 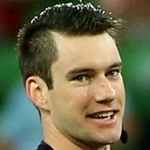