FC Dallas Both teams scoring 5 of 6

The match will take place at the stadium Q2 Stadium in the city Austin, USA. Stadium capacity Q2 Stadium is 20 500 people.

Head Referee - Allen Chapman. Allen Chapman began his career 2012-05-03. At the moment he is 48 years old. Accounting for yellow and red cards: Allen Chapman played 198 matches, noted 763 of yellow cards and 13 of red. 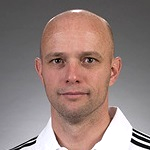