Charlotte FC Both teams scoring 4 of 5

Head Referee - Matt Conger. Matt Conger began his career 2006-11-04. At the moment he is 43 years old. Accounting for yellow and red cards: Matt Conger played 57 matches, noted 276 of yellow cards and 7 of red. 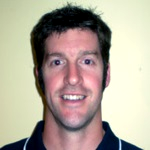