The main stadium of the Arsenal Women team is Meadow Park in Borehamwood, England. Stadium capacity Meadow Park is 4 502 people. 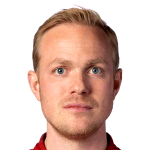