In the team Bromley 20 players. Legionnaires composed of: 4 (20%). Average age of team players 28,1 years. The total value of the team players is 1,110,000 €. The highest-paid player Bromley is Byron Webster. Physically, indicators, nationality, position, market value and a list of starting compositions are available on the player’s page.

Andy Woodman — head coach of the team Bromley. Andy Woodman spent 37 of the match as part of the team coach Bromley. Won 20 wins, 9 draws and 8 defeats. Points scored: 69. The number of points scored over a career indicates the effectiveness of the coach.

The main stadium of the Bromley team is Hayes Lane in Bromley, England. Stadium capacity Hayes Lane is 5 000 people.

Team Next Match Bromley will take place 22nd January 2022 : Grimsby Town – Bromley. On the matches page you can track the series, team statistics, the history of the movement of the coefficients, as well as videos of interesting moments. 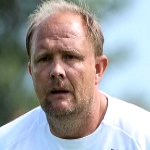