The main stadium of the Lori FC team is Vanadzor Academy Stadium in Vanadzor, Armenia. 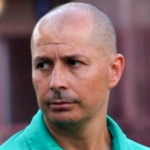