In the team Glentoran FC 27 players. Legionnaires composed of: 6 (22.2%). Average age of team players 25,7 years. The total value of the team players is 1,895,000 €. The highest-paid player Glentoran FC is Gael Bigirimana. Physically, indicators, nationality, position, market value and a list of starting compositions are available on the player’s page.

The main stadium of the Glentoran FC team is The Oval in Belfast, Northern Ireland. Stadium capacity The Oval is 15 000 people.

Team Next Match Glentoran FC will take place 17th January 2022 : Cliftonville – Glentoran FC. On the matches page you can track the series, team statistics, the history of the movement of the coefficients, as well as videos of interesting moments. 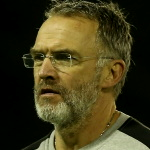