In the team HamKam 20 players. Legionnaires composed of: 9 (45%). Average age of team players 25,6 years. The total value of the team players is 1,955,000 €. The highest-paid player HamKam is Rasmus Lindkvist. Physically, indicators, nationality, position, market value and a list of starting compositions are available on the player’s page.

Kjetil Rekdal — head coach of the team HamKam. Kjetil Rekdal spent 531 of the match as part of the team coach HamKam. Won 215 wins, 139 draws and 177 defeats. Points scored: 784. The number of points scored over a career indicates the effectiveness of the coach.

The main stadium of the HamKam team is Briskeby in Hamar, Norway. Stadium capacity Briskeby is 7 600 people.

Team Next Match HamKam will take place 20th October 2021 : Sogndal IL – HamKam. On the matches page you can track the series, team statistics, the history of the movement of the coefficients, as well as videos of interesting moments. 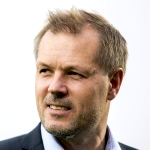