The main stadium of the Inter U19 team is Stadio Breda in Sesto San Giovanni, Italy. Stadium capacity Stadio Breda is 4 500 people. 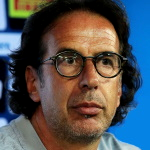