Ofir Haim — head coach of the team Israel U19. Ofir Haim spent 178 of the match as part of the team coach Israel U19. Won 59 wins, 51 draws and 68 defeats. Points scored: 228. The number of points scored over a career indicates the effectiveness of the coach. 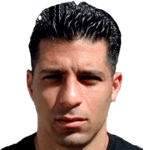