The main stadium of the Knockbreda team is Breda Park in Belfast, Northern Ireland. Stadium capacity Breda Park is 300 people.

Team Next Match Knockbreda will take place 11th December 2021 : Ballinamallard United – Knockbreda. On the matches page you can track the series, team statistics, the history of the movement of the coefficients, as well as videos of interesting moments. 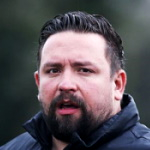