In the team Tenisca 0 players. 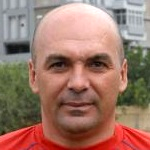