The main stadium of the TSG Sprockhövel team is Im Baumhof in Sprockhovel, Germany. Stadium capacity Im Baumhof is 3 500 people.

Team Next Match TSG Sprockhövel will take place 20th February 2022 : SF Siegen – TSG Sprockhövel. On the matches page you can track the series, team statistics, the history of the movement of the coefficients, as well as videos of interesting moments. 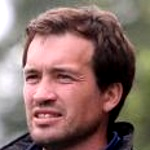