In the team U. L. M. Wolfsburg 10 players. Legionnaires composed of: 10 (100%). Average age of team players 27,6 years. The total value of the team players is 539,000 €. The highest-paid player U. L. M. Wolfsburg is Michele Claudio Rizzi. Physically, indicators, nationality, position, market value and a list of starting compositions are available on the player’s page.

The main stadium of the U. L. M. Wolfsburg team is Lupo Stadio in Wolfsburg, Germany. Stadium capacity Lupo Stadio is 1 100 people. 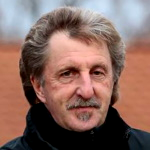